Face it, sharing CO2 Incubator with other labs sucks 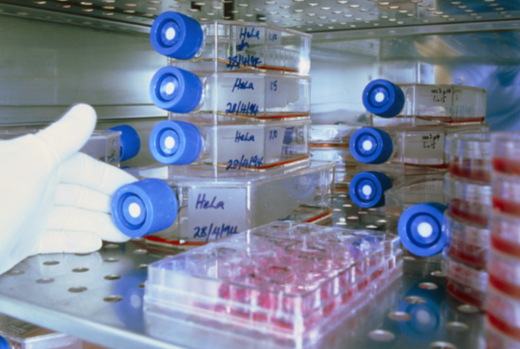 “Because that’s the way it’s always been done.” The worst phrase in human history. The phrase you hate to hear, whether it’s from a colleague, boss, family member, it’s never a good reason to do something.

It is basically saying, “I don’t feel like changing anything, even for the better” and it is the last thing you like to hear when you challenge the status quo.

We’ve been working to change the status quo when it comes to cell culture incubation ever since our co-founder, Andrew Pelling hatched the idea for a DIY CO2 incubator back in 2014 that lead to our current products now in 2019.

This resistance to innovation seems to be the attitude that manufacturers of CO2 incubators have taken for the last few decades. For years, there has been minimal change to design or functionality. Most labs are still using these large incubators where everyone, regardless of what cells they are working with, shares incubation space.

Now, you might be wondering, why is this a problem?
‍
Well, like many problems, you don’t know it's a problem at all until a solution presents itself…

‍
But for now, here are some struggles that probably sound pretty familiar to you. These are some of the reasons why sharing incubators is such a problem.

That’s right. Every single time the CO2 incubator door, CO2 concentration actually drops to 0%.
‍
Despite the fact that your incubator may display a slightly less scary number, most CO2 incubators cleverly average their readings to show a higher number to not worry researchers as much whenever they open the door.

This wouldn’t be a huge problem if this happened occasionally, but the study we ran in the Pelling Lab found that the CO2 incubators were opened over 10 times/hour on average.
‍
This means that at least 10 times/hour, every sample being incubated is being put at risk and being subjected to non-physiological conditions. This is, of course, a problem for all cells, but especially for stem cells and sensitive primary cultures that seem to die if you merely look at them the wrong way.

This is a problem you (hopefully) haven’t endured, but if you’ve been doing cell culture for a while (probably) have. Perhaps it was your own personal error, not keeping everything as sterile as you should have, or worse, it was someone else.
‍
It’s easy to slip up once in a while. Unfortunately for you and everyone in your lab, sharing incubator space with everyone else means that if you mess up, you could easily contaminate not just your cultures, but your lab mates’ too.
‍
If there is anything worse than the frustration of contaminating your own experiments, it’s the shame and anxiety that comes with telling your lab mates that you contaminated there’s.
‍
This leads me to my next point:

People Make Mistakes (and so do You)

Sometimes it makes sense to work as a team, and in a lab environment that is often true. However, when it comes to cultures, they DEFINITELY should not be working as a team. You want to keep your samples separate from your lab mates’ for an abundance of reasons, including the two above.
‍
We all make mistakes from time to time, but when possible, we should do our best to ensure that those don’t affect the work of those around us. But as you probably already know, that isn’t usually the case in labs sharing incubators.
‍
From contamination to leaving the incubator door open, there are all kinds of things that can go wrong in cell culture. When everyone shares incubator space, Murphy’s law seems to apply. Leave the door open overnight and suffer the wrath of your PI and your colleagues after everyone’s cells are dead.
‍
Or maybe you did everything right, but someone else slipped up and you’re still paying the price.

Despite the potential for contamination, the constant opening and closing, and the room for error that large shared CO2 incubators come with, you may still want to share because it’s cheaper.
‍
Not necessarily.
‍
CO2 incubators can cost up to $20,000 USD depending on the size, quality, and features of the system. Private incubators usually cost under $3,000 USD each, meaning that getting multiple will work out to about the same price as a large shared CO2 incubator.
‍
Plus, every time an experiment is contaminated or forced to fail because of sharing incubator space, you’re essentially throwing away cell lines or primary cultures that can cost thousands of dollars.

You're Limited to One Environment

Most labs don’t just have one cell type being grown. Different researchers are working with different cells, which means they should be working with different environments.
‍
As we know, in addition to temperature and CO2, cells thrive in specific oxygen concentrations as well. This varies with each cell type as different parts of the body have different oxygen concentrations, with most tissues falling between 5 – 12% oxygen.
‍
This is why many researchers are now controlling oxygen in their incubators for hypoxia. However, with shared incubators, you are subjecting all cells in the lab to the same oxygen concentration, despite the fact that we know that is not the case in vivo.
‍
Finally, shared incubation means you can’t perform experiments under multiple environments simultaneously. If you would like to compare how your cultures react to different levels of hypoxia or compare the effects of heat shock, you can’t do it.

All of these problems can be easily avoided with personal incubators. For too long, cell incubators were nothing but a nuisance, especially when shared between many different researchers. But, in recent years the movement towards private incubation has been picking up steam.
‍
Now with the availability of smaller, affordable private CO2 incubators, sharing incubators isn’t something that has to be done. It is now about the same price to get multiple private incubators for individual researchers as it is to buy a standard large CO2 incubator, meaning private incubation is something that can now be practiced by just about any research lab.
‍
Private incubators let every researcher in the lab have their own space for their own experiments. This reduces contamination and the impact of human error and provides flexibility for every researcher to explore their curiosities without affecting those around them.

See how private incubation can benefit your lab